The Education Department announced a major overhaul to the loan forgiveness program that will erase 22,000 borrower’s debt close to $1.7 billion. USA TODAY

The overhaul of a controversial loan forgiveness program was projected to erase the debt of 22,000 student loan borrowers in the effort’s first weeks. Three months in, more than triple that figure have had their debts wiped out. 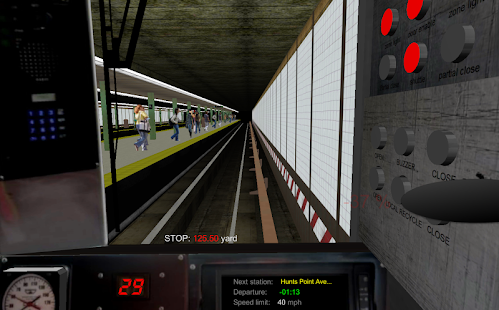 The loan forgiveness initiative, which was rolled out in 2007, was designed to entice people to work as teachers, police officers, firefighters or in other public jobs. After 10 years working in those jobs and making payments, their college debt would be erased. In practice, the federal government forgave almost no one’s debt.

When the Biden administration loosened standards in October, the agency estimated more than 22,000 borrowers would benefit immediately, and 27,000 would qualify as soon as they proved they worked in an eligible job.

Those who have worked for a decade in public service should be able to rely on the Public Service Loan Forgiveness program, but until October, the system hadn’t delivered on its promise, said James Kvaal, undersecretary of the Department of Education.

“Teachers, nurses, first responders, service members and so many public service workers have had our back, especially amid the challenges of the pandemic,” Kvaal said. “One year in, the Biden administration continues to demonstrate that we have their backs, too.”

Biden faces calls to use his executive authority to forgive student loan debt for more of the 43 million federal borrowers. The president campaigned on forgiving up to $10,000 per borrower but said it’s Congress’ job to issue student loan forgiveness. He was asked about canceling student loan debt near the end of a news conference Wednesday but ended the conference without answering.

Tisa Silver Canady has seen borrowers obtain loan forgiveness through her work as the director of the Maryland Center for Collegiate Financial Wellness, an organization that helps students and families pay for college.

When she heard about the changes to the program in October, she dug up her old clients who had encountered an issue navigating it. Some were excited, but others were wary after they said they’d been burned by the Education Department. Interest has grown steadily, she said, as borrowers see others obtain forgiveness.

A friend had $50k cancelled via PSLF on Monday night. Must continue to spread the word about PSLF and the waiver. Too many public servants in this state are unaware of this life-changing opportunity. Learn more tonight #MDTAPS = ??Maryland, tell a public servant!

“My basic advice to anyone who thinks they might qualify even for one month is: Do not cancel yourself,” she said. “If you cancel yourself, you’ll never know how close you are or if you’re already there.”

Though forgiveness hasn’t been widespread, the Department of Education has forgiven the debt of 675,000 borrowers to the tune of $15 billion since Biden came into office. That forgiveness has come through expansions of debt forgiveness programs, such as those for borrowers who have permanent disabilities or were defrauded by their schools. The changes to the Public Service Loan Forgiveness program are part of that trend.

The debt forgiveness program is simple in concept but complicated in practice. The idea was to offer an incentive to college graduates to forgo lucrative private-sector wages to work for the public instead. In exchange, the federal government would forgive these graduates’ debts after 10 years of payments.

The program came with rigorous requirements that prevented most borrowers from qualifying for forgiveness. Many had the wrong type of loan, or they weren’t enrolled in the correct income-based repayment program. Borrowers often didn’t realize they had made an error until after applying for forgiveness after 10 years of repayment. Many had no choice but to restart their payment clock.

When the government announced the revamp, 16,000 had received debt forgiveness out of the payday loans Maryland 1.3 million trying to wipe out their loans through the program. In October, the government said it would offer a one-year waiver that allowed borrowers to get credit for past payments, provided they worked in a qualifying job.

The waiver is applicable only to borrowers with direct loans or those directly issued by the government. Those with Federal Family Education Loans or Federal Perkins loans must consolidate via a direct loan before .